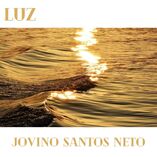 Tiger Turn Records announces Luz, a new solo piano release by 3-time Latin Grammy nominee Jovino Santos Neto, a Brazilian pianist and composer renowned for his collaboration with the legendary Hermeto Pascoal and for his eclectic and sensitive style, blending the languages of jazz, classical and Brazilian in a seamless intuitive flow.
The music on this recording was created spontaneously in one session on a Fazioli F278 grand piano. Jovino expands each piece with heartfelt improvisations, as the stream of musical consciousness was brilliantly captured, allowing his musical intuition to blend with the dynamic responsiveness of one of the best instruments in the world.
The material ranges from Jovino’s original pieces to Hermeto’s tone poems to the Beatles’ "Blackbird", played with abandon without ever straying from the harmonic and melodic depth of Brazil

Antonio Carlos Jobim’s music has always revealed the beauty and contradictions of Brazilian culture. Is there a more poignant phrase than the first line that Maucha sings on “A Felicidade” – “Tristeza não tem fim, felicidade sim” (Sadness has no end, but happiness does)? The words may have been written by Vinicius de Moraes, but Jobim sets them to what may be his most inspired musical motif, a minor key melody that perfectly encapsulates the bittersweet nature of Brazilian life. The richness and complexity of Jobim’s creativity is on full display in this live set from Jovino Santos Neto and his quintet, with special guests Romero Lubambo of Trio da Paz and vocalist Maucha Adnet (who spent 10 years as a member of Jobim’s Banda Nova). Jobim’s beautiful harmonies often present a challenging vehicle for improvisation, but you would never know it from the freedom these musicians demonstrate here. Just listen to the deep samba groove and virtuosic solos on “One Note Samba” or to Maucha’s profoundly emotional delivery on “Por Causa de Você” – the musicians hold nothing back. And thanks to the foresight of Rich Zirinsky, who urged Jovino  to release it, we have this recording to shine a fresh light on Jobim’s musical legacy. Andy Conell
Guris

Adventure Music announces the 2017 release of Guris, a piano duo celebration of Brazilian master Hermeto Pascoal's 80th birthday by Jovino Santos Neto and Andre Mehmari, two of Brazil's finest keyboardists, joining forces to honor composer and multi-instrumentalist Hermeto Pascoal. To celebrate Hermeto's 80th birthday, they selected ten mostly unrecorded gems from his vast archive, and the result is rich with creative abandon, joyful rhythm, and telepathic interplay. "...across these sixty-seven minutes, Santos Neto and Mehmari become one, elegantly balancing fervour, delicacy and space so that their creativity becomes intertwined – so much so that even the players themselves are unable to separate their own voices in these resulting, amiable conversations in music! And the soundscapes are beautifully varied, enhanced by melodica, flute, harmonium, Fender Rhodes and bandolim." ~ Adrian Pallant, www.apreviews.com 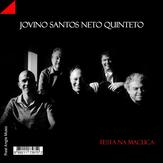 This is a 2015 recording by the Jovino Santos Neto Quinteto, a bouncy forró in 7/4 time recorded live in the studio, without any overdubs. Available for digital download for $0.99 at CDBaby at this link.
If you would like to download a HD audiophile file of it, for $2.00 please visit our BandCamp page at this link.