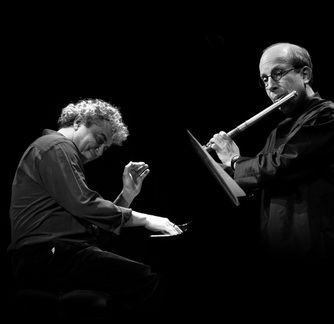 New York-born Paul Taub plays an active role in the Seattle contemporary music scene as a soloist and flutist of the Seattle Chamber Players. With a background in classical music, his interest and repertoire encompasses styles from the baroque to the avant-garde.

Taub and Santos Neto have collaborated frequently as colleagues on the faculty of Cornish College of the Arts in Seattle. This program features highlights of their work together in a sampling of music by Hermeto Pascoal and Brazilian composers who both influenced and have been inspired by him.